Pegli is the residential district West of the city of Genoa, it has a beautiful promenade along the sea that every 2nd Sunday of the month hosts a market of typical food products, and in the last of the month the market of “Brocantage” ( not July,August,December).
It is surrounded by mountains with many trekking paths: from the point known as “La Vetta” a path  connects to the Alta Via Dei Monti Liguri.

In Pegli there is the Naval Museum and, inside the beautiful romantic parc Villa Durazzo Pallavicini ( one of the major historical gardens in Europe), you can find the Botanical Garden ( among the most famous in the Europe of the '800 ) and the Museum of Ligurian Archaeology.
The ancient fishing village of Pegli extends along the waterfront:
for more than 2 km you can admire the historic facades, unbroken by any new construction, surrounded by old houses of fishermen, medieval remains and elegant XIX century buildings.
On all the hills of Pegli there is a significant presence of Art Noveau villas.

A peculiar characteristic of this park that makes it unique in the romantic landscaped gardens, is that all the sets are connected by a romantic tale of philosophy that extends along the entire route. We have three acts that take us back to nature before, then history and finally to the purification, and a prologue.

The Museum of Ligurian Archaeology

The museum documents the most ancient past of Liguria: the exceptional burials from the Paleolithic cave of Arene Candide (the oldest, called "Prince" for the richness of its kit, dates back more than 23,000 years ago), the testimony of the first farmers and Neolithic farmers, the rich finds from pre-Roman necropolis of Genoa and the table Polcevera (the oldest Roman inscription of Liguria). The museum also houses a valuable collection of Odone of Savoy, the son of Vittorio Emanuele II, whose untimely death left to Genoa its collections, including a significant archaeological heritage of Greek vases, bronzes, ceramics, glass and Roman gems). Two rooms are devoted to the Egyptian collection, where you can admire the sarcophagus and the mummy of the priest Pasherienaset, and to the Roman marble.

In Pegli there is also a beautiful and panoramic Adventure Park, where you can spend (Saturday and Sunday), an exciting afternoon testing yourself going from tree to tree or (reserving before) you can challenge friends with Laser Tag. Our campsite has an agreement, so ask for the voucher to get the discount of 2 euro. 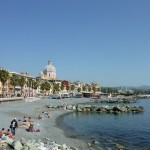 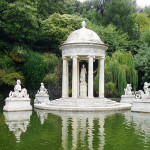 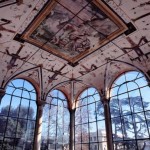 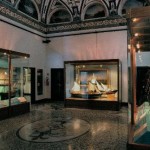 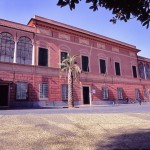 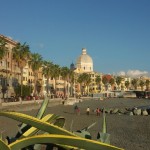 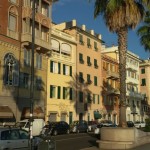